Golf as one of the oldest sports in the world originated in the 14th century in the Scottish pastures when clevered shepherd discovered a new way to fight boredom while taking care of the sheep. In the mid 19th century the oldest active club to date is established – The Royal and Ancient Golf Club of St. Andrews, who is credited with the first official golf rules.

To date, golf has developed into one of the most attractive sports in which the tournament prize exceeds even some of the most famous sports. In parallel with the professional side of the sport, the amateur golf scene is growing every day. According to the Economic Research Association (ERA), the golf scene includes 5.5 million amateur golfers, some of which are over three million registered in their national federations.

Istrian county recognized the potential of this sport market and since the late 90’s got the status of the leading Croatian region in terms of the number of planned locations for golf courses. Today, the number of potential and finished locations in Istria is 22, and the goal is to have a complete tourist offering that includes real golf centres with high quality accommodation facilities, but also additional services.

You can play golf in Istria on a professional golf course Golf Adriatic Club on Crveni Vrh near Savurdrija, just a few kilometers away from Umag, an important tourist center. The beautiful rolling terrain situated 300 meters from the sea and surrounded by idyllic scenery, will be a challenge to beginners as well as experienced players. If you are further south in Istria, you will find another well-known golf course that was on of the largest in Europe in the beginning of the 19th century. On Brijuni, besides the beauty of the national park, there is a golf course of nine holes where international tournaments are regularly hosted. In the near future all eighteen holes, that were once available, will be reconstructed. Golf Skill training in Istria is possible in some of the training grounds in Umag, Motovun, and Porec.

Istria is for some time now one of Europe’s most attractive tourist destinations, due to the long recognized tourist attractions such as the clear sea, beaches, vineyards, olive groves, gastronomic offers, cultural and sporting events, numerous hotels, camp sites, holiday villages, attractive real estate, unique towns such as Umag, Porec, Pula, Novigrad, Rovinj and others. There is no doubt that the golf enthusiasts will have a lot to enjoy. Many golf courses and quality offering will surely make golf lovers want to improve their play handicap on the largest Croatian peninsula.

Sale We are looking for You Estimate my real estate 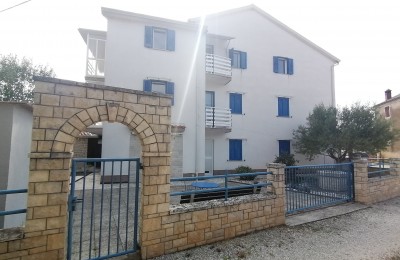 Beautiful house with 4 apartments in Umag